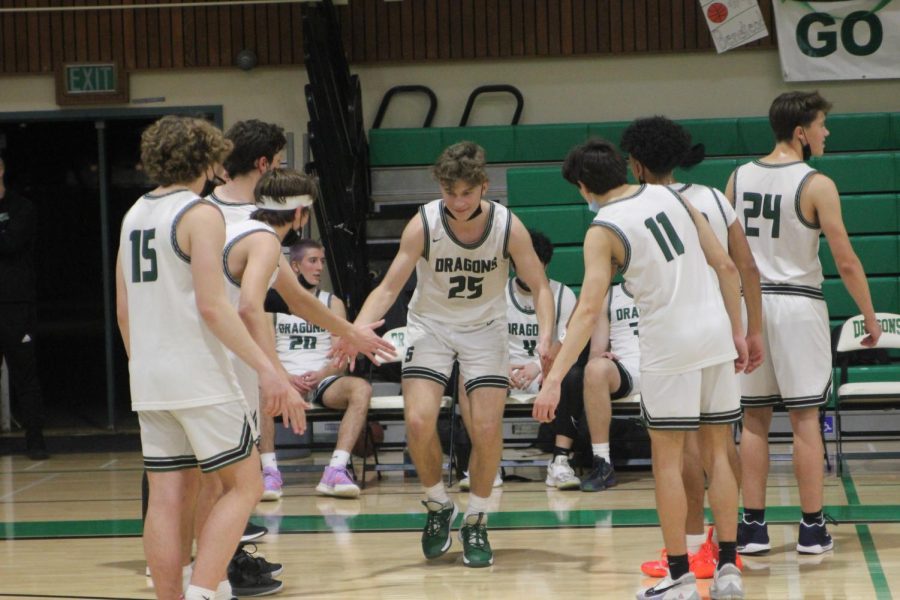 After a rough start to the beginning of the season, they turned things around by stringing together key league game wins. Role players making an extra effort really helped the dragons excel and defeat many powerhouse opponents.

The Dragons won seven games in a row as well as thirteen out of fifteen of their games spanning from late December to mid January. This helped them gain the 8th seed in the NCS playoffs which gave them their first home playoff game in twenty years. The Dragons defeated their guests from Martinez, Alhambra, in the first round of playoffs with a score of 55-47 in a very emotional and passionate game.

They took on powerhouse Saint Patrick Saint Vincent in the second round of playoffs. The Dragons struggled to battle with the intensity of SPSV’s defense and ultimately ended up falling short. SPSV advances as the number one seed and will face San Anselmo’s Archie Williams High. .

Although no team wanted to end the season with a loss, the Dragon fans were more than pleased with the team’s accomplishments and effort. The feeling in Pfiefer gymnasium during the games was electric and definitely sparked the team to have a historic season.

The seniors that will leave the team have truly made an impact on the school environment and have paved a way for the future of the dragon basketball program. The future looks bright and the basketball program is looking like it could become even more successful.

Thank you dragons for your continued effort over the course of the year; you made us proud!