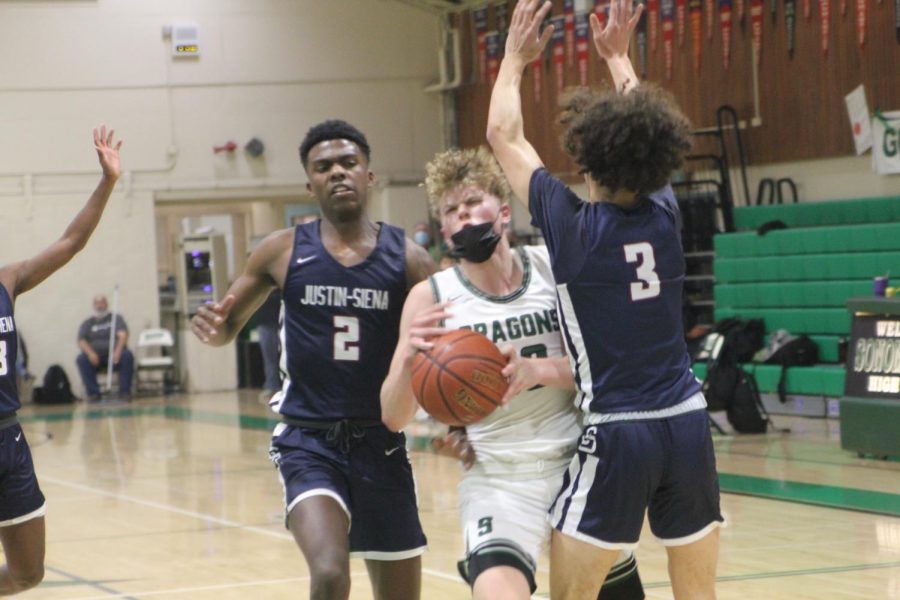 With the new year starting, there is a new ambiance around campus as winter sports league games get underway. All winter sports teams have begun league play and have been very successful so far.

Boys soccer has looked very good and could be a top competitor in the Vine Valley League. The team’s morale is high after starting 2-1. Senior Christopher Barrera shows his excitement when he stated that “my expectations are high; we look like a solid team and we have a good chance at winning league.”

Girls Soccer has been very impressive and has a great young core alongside a group of outstanding veteran leaders, such as Caroline Studdert, Bella Brophy, and junior captain Lauren Johnston.

Senior Yuli Lopez shows her commitment when saying “I am loving this team and am glad to have such a good team in my final season.” Both teams have played spectacularly and look to bring home a league championship for the Dragons.

Boys basketball has had a dominant performance to start off their league play. The team is on a roll and is 2-0, placing them first in the standings.

Rollo Benstead, Anders Mathison and Division II college commit Dom Girish, are all senior captains and leaders of the team. They are leading this team in a triumphant direction in their last basketball season at the school.

Boys wrestling is also in league competition and has done very well. Senior Justin Borgnis expressed his love for the sport and team saying “I love the sport and bonding with the team.”

All together our winter sports teams are having outstanding starts to their seasons and hope to bring banners home to our school.