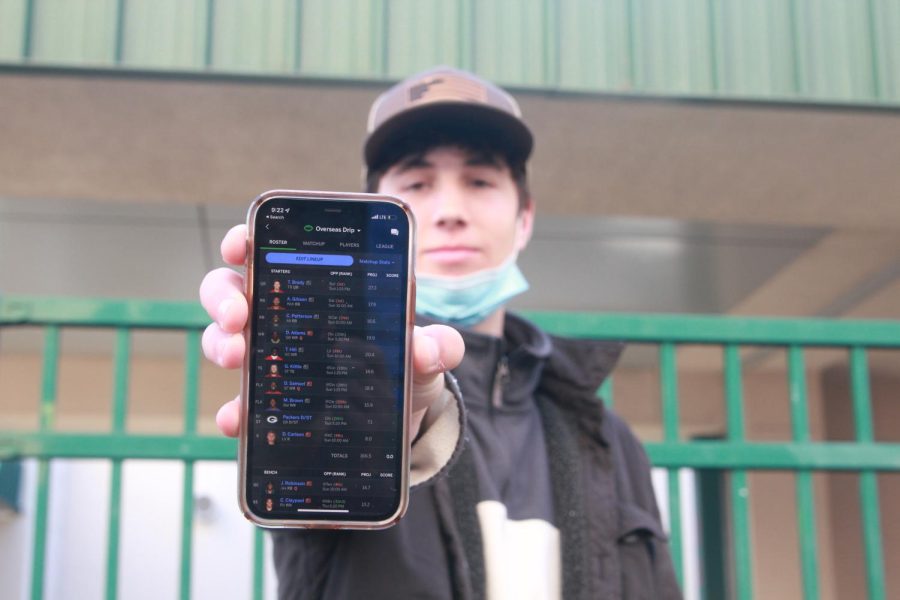 Football season is one of the most exciting aspects of winter, and not just because of the unrelenting action and violent contact that occurs on the field.

With the kickoff of the NFL comes the world of fantasy football, a virtual reality where ‘team managers’ can set up a mock draft and select real players in an attempt to tail their in-game performance. A system is set up to where managers receive points for every yard, catch, and touchdown that one of their player records.

Sophomore, Nic Scevola claims that “it’s a stressful time because not only is there money on the line for the winner, but also extreme punishments for the loser… it looks like I’m going to be the loser in my league this year.”

As the NFL moves into the closing weeks of its regular season, fantasy leagues are shifting gears to prepare for their playoffs. In head-to-head matchups, leagues duke it out for a first-place finish.

Unfortunately for many managers, a plethora of injuries has impacted some of fantasy’s top performers including Christian McCaffery and Derrick Henry. Both ruled out for the remainder of the season, managers are being forced to scramble for waiver wire picks, less than ideal players for championship games as they don’t provide value anywhere close to that of the injured starters.

Christian McCaffery owner, Joey Fiorito expressed his disappointment by stating that “his average of 26 points per game would have been nice to have” because now [he] has to settle for Sony Michel, a backup running back on the Los Angeles Rams who averages a mere 6.6 points per game.

Injuries aside, all leagues across the board are locked in tight competition this year, meaning you can catch all fantasy participants glued to their couch for the next coming Sundays.