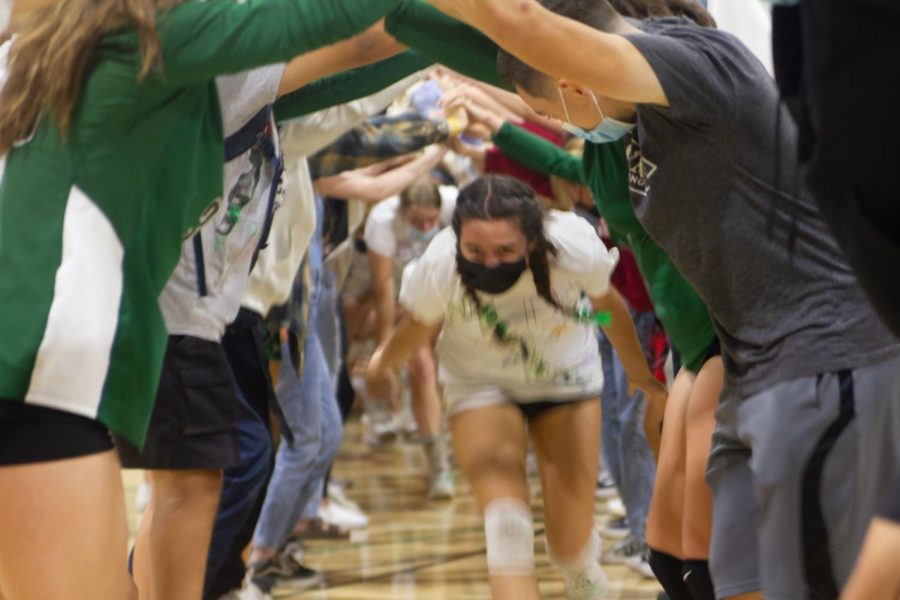 Despite a shaky start to the new season, the girls varsity volleyball team has grown, building connections and unlocking a new level of success and coordination.

With seven returning players, the varsity volleyball squad was forced to make new acquisitions in the offseason. “They bring a new energy to the team, and a whole new dynamic” claimed three year varsity starter, Nelli Jimenez.

When questioned further about the team chemistry, senior Audrey Powers stated that “at the beginning [of the season] it was a bit rough, but with more pasta feeds and team bonding, it’s coming together… teams that eat together stay together.”

With a record of 2-2 at the time of writing, they hope to improve their record in the two home games they have this week.

The atmosphere of the games has been electric due to the outstanding student section. The players have noticed the student section too, maybe too much so at times.

However, Senior Nelli Jimenez expressed her excitement when stating that “the fans are great, they give us more energy and show great school spirit.”

Fans have always played a key role in Sonoma sports, and the volleyball team hopes to have their support to finish the season strong.